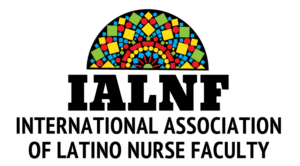 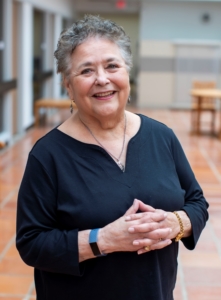 Dr. Martínez Rogers spent the early years of her life in public housing. She has spent her life in service to the community serving their needs as a nurse, a nurse educator, an advocate for the underserved population, and an advocate for health policy changes in regards to healthcare.

She specialized in Psychiatric Nursing and was Director of Nursing at several hospitals. During Desert Storm she was assigned to the William Beaumont Army Medical Center at Fort. Bliss, Texas where she earned Achievement and Commendation Medals.

She has a PhD in “Cultural Foundations” from the University of Texas at Austin. She subsequently earned two postdoctoral fellowships at the Indiana University School of Nursing. She is a member of the graduate faculty of the UT Health Science Center’s School of Nursing, where she currently serves as a tenured Professor.

Dr. Martinez Rogers collaborated with the US Western District Court Probation Office to provide a female specific program for women convicted of a federal felon and under community supervision. She began this program to prevent relapse/recidivism.

In November, 2006 she was selected to be a Fellow in the American Academy of Nursing (FAAN). She is the past President of the National Association of Hispanic Nurses (NAHN). She was a Commissioner of the Medicaid and CHIP Payment and Access Commission (MACPAC) She founded the International Association of Latino Nurse Faculty and serves as president. 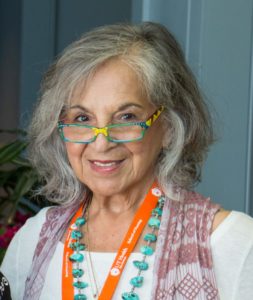 Eloisa G. Taméz, RN, PhD, FAAN is Professor and Faculty in Graduate Nursing Education in the College of Nursing at the University of Texas Brownsville (UTB). Dr. Taméz began her academic career in 2000 following notable success in nursing practice at various locations throughout the United States, Puerto Rico, Central America and South America. She held various positions through her commission in the United States Army Reserve (USAR), Nurse Corp (NC), the Department of Veterans Affairs and various private sector health care organizations. Before accepting a position at UTB/Texas Southmost College as Program Director of the Master of Science in Nursing Program in 2004, Dr. Taméz was assistant professor at the University of Texas Pan American (UTPA). Dr. Taméz has been awarded consecutive HRSA Traineeship grants for students since the 2005-2006 academic year. Additionally, three consecutive Borderplex grants were awarded to build capacity at UTB/TSC for a Family Psychiatric-Mental Health Nurse Practitioner (PMHNP) Program. This infrastructure development culminated in receiving a HRSA award to continue to develop the nurse practitioner program in collaboration with the University of Texas Health Science Center, School of Nursing, in San Antonio, Texas. The most recent outcome of this work is the Valley Baptist Legacy Foundation Grant, the first collaborative (UTB and UTPA grant) to finalize and implement this program at the inauguration of the University of Texas Rio Grande Valley (UTRGV) on September 1, 2015. The first cohort will complete the program August 2016 with a new cohort underway. This work has resulted in a 600 percent increase in providers of mental health care in the Texas Rio Grande Valley. 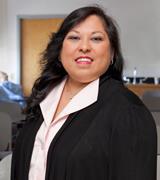 Dr. Viola G. Benavente is a member of the faculty of the St. David’s School of Nursing as an Assistant Professor at the new Round Rock campus of Texas State University. She earned a BSN from Incarnate Word College in San Antonio, now known as the University of the Incarnate Word; an MSN from The University of Texas Health Science Center at San Antonio; and a PhD in nursing science from the University of Pennsylvania. She has over 30 years of nursing experience, and is recognized as a Clinical Nurse Specialist with an expertise in cardiovascular care. Her career trajectory includes practicing in critical care environments, teaching in academic and other educational settings, and working in hospital administration. Recently, she completed a two-year Postdoctoral Fellowship at the University of Washington in Seattle, where she examined the cardiovascular risks of older Latinas who participated in the well-known Women’s Health Initiative (WHI) Longitudinal Study. Her main research interests focus on the cardiovascular health promotion of Mexican-American women, in terms of disease prevention and risk reduction, in order to prevent coronary heart disease (CHD), or “heart attacks,” and reduce overall cardiovascular risk in a vulnerable subgroup of the Hispanic population. 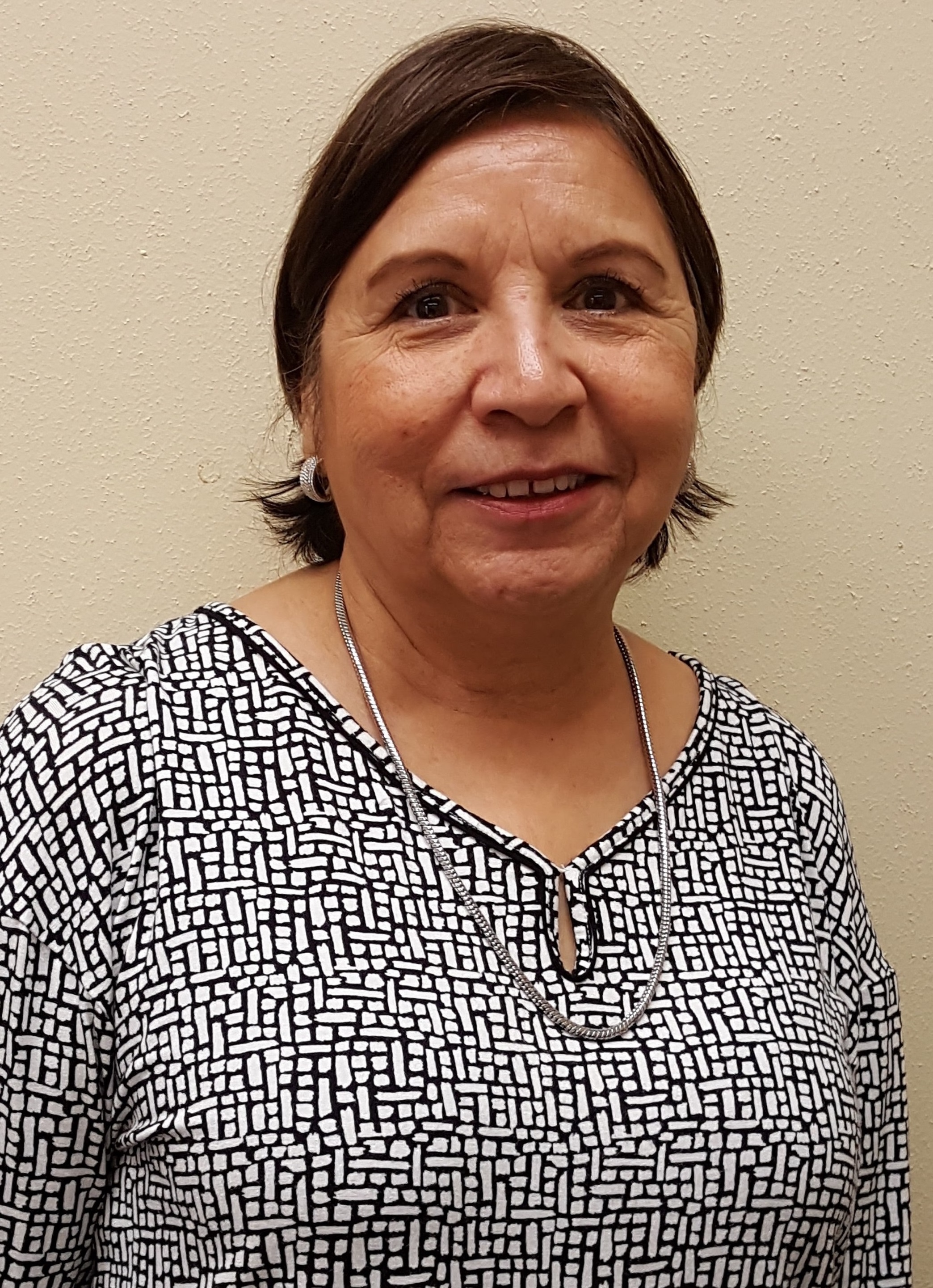 I am an Assistant Professor/Clinical at UT Health San Antonio School of Nursing. My clinical practice spanned over 30 years in hospital settings (chronic and acute care of adults; post-anesthesia care units). I earned my BSN from Incarnate Word College (now The University of Incarnate Word) and my MSN from UT Health Science Center School San Antonio School of Nursing.

My research interests include surgical informed consent and health literacy. I am also interested in cultural inclusion and increasing nursing workforce diversity to aid in reducing health disparities among the United States population. I have been on Health Resources and Services Administration (HRSA) funded projects as a faculty advisor and academic program coordinator to assist baccalaureate nursing students and pre-nursing students from diverse backgrounds to be academically successful.

Dr. Terrie Garcia has been a registered nurse for more than 20 years. She earned a bachelor’s degree from Southern Illinois University-Carbondale, a master’s degree from Carroll University, and PhD in nursing from Marquette University.

As a professional nurse, Dr. Garcia has served as an advocate for underserved populations and underrepresented and disadvantaged students in nursing. Dr. Garcia is committed to diversity and has also been involved in promoting diversity initiatives and actively engaged at the local, state, and national level.  For example, she has served on the Board of Nursing for the State of Wisconsin, the National Association of Hispanic Nurses, the Delta-Gamma At-Large Chapter, and is currently serving a third term on the board for the Wisconsin Center for Nursing.  Additionally, Dr. Garcia obtained a wide-range of teaching experiences as a community health educator for rural areas in southeastern Wisconsin and as guest lecturer at Marquette University College of Nursing since 2008.

Currently, Dr. Garcia is the Project Coordinator for BEYOND-2, a Nursing Workforce Diversity Program, at Marquette University College of Nursing. In her role, she oversees the day-to-day operations of the project which focuses on recruiting, retaining, and graduating nursing students from underrepresented and disadvantaged backgrounds.

Dr. Garcia’s research interests include preventing health disparities among Latina women by addressing health from a generational, sub-group viewpoint.  In addition, Dr. Garcia is also invested in systematically studying approaches to advocating for diversity and inclusion to address disparities in our nation. 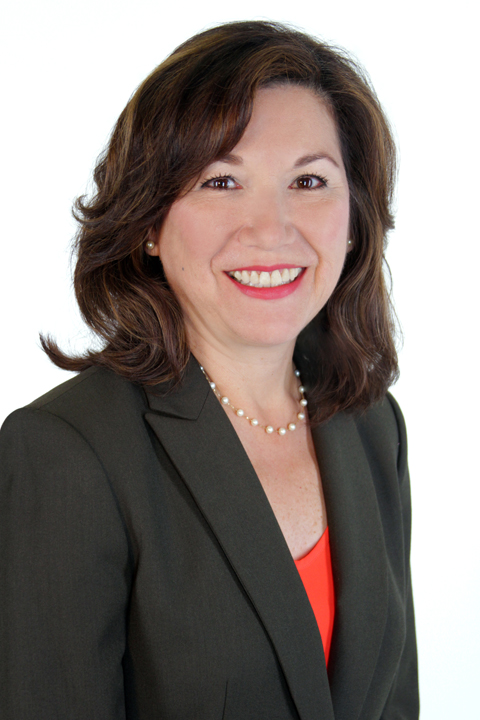 Dr. Theresa Garcia is an Assistant Professor at Texas A&M University – Corpus Christi, College of Nursing and Health Sciences. She has been an RN in Texas for over 30 years, specializing in pediatric Intensive Care, pediatric clinic care, and legal nurse consulting in the areas of health law, nursing home litigation, and products liability. Dr. Garcia received her Bachelor’s degree in Nursing and her PhD in Nursing at The University of Texas at Austin. Her dissertation focused on the legal and ethical rights of older-aged nursing home residents dealing with chronic illness, specifically, type 2 diabetes. Her research centers on a lifespan approach to prevention and management of chronic illness in minority populations. She has combined her pediatric and geriatric interests and partnered with local school districts to focus on reducing obesity and type 2 diabetes in Hispanic children through family-centered interventions. Dr. Garcia teaches both face-to-face and online courses in Research Methods to undergraduate and graduate nursing students, Health Law and Ethics to master’s level nursing and business students, and Health Policy Leadership to doctoral nursing students. 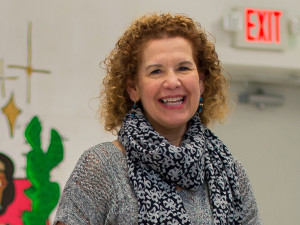 Chair of Development and Funding Committee

Adelita G. Cantu, PhD, RN is an Associate Professor at The University of Texas Health Science Center San Antonio School of Nursing. Dr. Cantu is a nationally recognized expert, specializing in public/community health nursing and clinical nursing research. Dr. Cantu’s program of science in teaching, service and research has been focused on building healthy communities through the enhancement of public and community health grounded in the Socio-Ecological Model as a framework to prevent disease and promote health and wellbeing at primary, secondary, and tertiary levels of prevention. Through my teaching, research, and service, I have impacted health in communities, neighborhoods, and families. 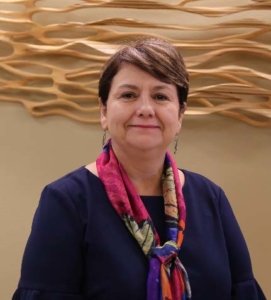 Dr. Martinez Dolan received an associate degree in Nursing Science from Del Mar College, Master of Science in Nursing (MSN) in Leadership and post Master’s certification in Healthcare Administration from Texas A&M University – Corpus Christi. She completed a Doctorate in Philosophy (Ph.D.) from Texas Woman’s University at the Houston Medical Center. Her doctoral work focused on Hispanic BSN students’ barriers and facilitators to success. Dr. Martinez Dolan has been an RN for over 30 years and in academia for over 12 years. Her areas of teaching specialty include Leadership and Administration in nursing for both undergraduate and graduate levels. Current research includes nursing programmatic development and Hispanic nursing faculty recruitment and retention. Some of her areas of interest include nursing workforce issues, addressing the lack of minorities in academia, programmatic development and community nursing. 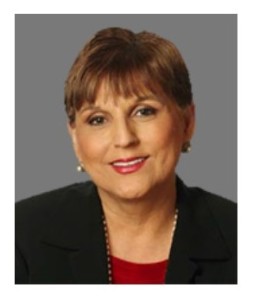 Dr. Carolina G. Huerta received her BSN from University of the Incarnate Word, her MSN from University of Texas-Austin, and her Doctorate in Education from Texas A&M University. She has spent most of her professional career teaching nursing students and providing academic leadership in a region where the majority population is Hispanic. In 2008, she received the American Nurses Association’s Mary Mahoney Award and in 2012, she was inducted as a Fellow of the American Academy of Nursing. She chaired the National Advisory Committee for the Robert Wood Johnson New Careers in Nursing, a nursing scholarship program targeting minorities seeking a second degree in nursing, from 2008 to 2015. She currently serves as the School of Nursing Director at University of Texas Rio Grande Valley, a Hispanic serving institution. 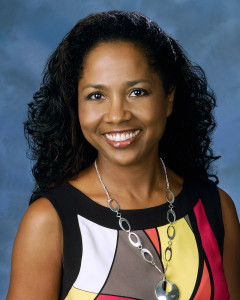 Dr. Rosario Medina is Assistant Dean of Graduate Nursing Programs and Associate Professor at the University of Colorado- Denver Anschutz Medical Campus. Her nursing career spans over thirty-two years of hospital and clinic practice and has been in academia over 23 years. She is both a family and acute nurse practitioner. She completed her formative nursing education at Pace University School of Nursing (ASN and BSN). Dr. Medina graduated from the College of New Rochelle as a Clinical Nurse Specialist with a minor in education and practiced in New York until 1992, when she moved to Florida to practice as a Clinical Specialist at Memorial Medical Center in Broward County. She later entered the academic setting at Broward College followed by Barry University’s undergraduate and graduate nursing programs, Florida Atlantic University’s graduate FNP program, and Nova Southeastern University’s College of Nursing as program director for APRN Programs. Dr. Medina obtained her PhD (2007) in nursing at Barry University. Her dissertation focused on breast cancer screening behaviors of Hispanic women in South Florida. Her research trajectory focuses on the health beliefs and practices of underprivileged populations and how to increase access to health care in South Florida and now in the state of Colorado.

Committed to the promotion of the professionalism and dedication of Latino nurse faculty.